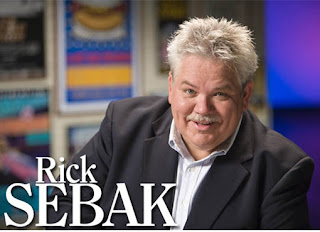 PITTSBURGH – WQED’s Kickstarter crowd funding campaign to fund Producer Rick Sebak’s next series of six shows has exceeded its goal by $29,777 – and enabled WQED to add a seventh program to the production schedule.

Dubbed “Rickstarter,” the campaign kicked off on March 27 with the goal of raising $113,000 in 30 days to fund six new programs titled NEBBY: Rick Sebak’s Tales of Greater Pittsburgh.  That initial goal was met on April 17 – eight days ahead of schedule.  The campaign continued with a “stretch goal” of $133,000 to fund a seventh program, which was met on April 23.  The 30-day campaign ended at 12:01am on April 26 with a total of $142,777 raised from 1,411 donors.  Kickstarter crowd funding campaigns are “all or nothing,” meaning that if the goal is not met, no money would be forthcoming.

“This was WQED’s first crowd funding effort, and the results blew us away,” said Deborah L. Acklin, president and chief executive officer of WQED Multimedia.  “We’re always looking for new ways to fund projects, and a Rick Sebak series was the perfect fit for this type of campaign.  His audience spans all age groups and his popularity is universal.”

“I have to say that the whole Kickstarter/Rickstarter experience has been exhilarating but also terrifying at times,” said Rick.  “This NEBBY project was an experiment and a gamble, and we had a high goal for what was essentially a local Pittsburgh project, but people I’ve known and worked with and done stories about over my thirty years at WQED—as well as many people I’ve never met-- all came through with a level of enthusiasm and support that is amazing.”

“I am so thankful for all of our backers, from the Buhl Foundation that really got this rolling to whoever was that last pledge this morning at 12:01AM.”

More than 1,400 people have become “Sebakers” through their support for the project.  Rick himself made more than 35 personal appearances during the campaign, appearing at such varied places as Rick Sebak Day in Millvale, local restaurants, craft breweries, and food trucks, as well as interviews on local television, radio and podcasts.  Social media played a major role in getting the word out to his fans and the general public, and the response was overwhelming.

Rick will begin production of NEBBY: Rick Sebak’s Tales of Greater Pittsburgh this summer, with the first episode scheduled to premiere in fall 2017 on WQED-TV.

About this Blog:  Dreamweaver Marketing Associates provides this blog as a service to the community, friends, clients and business associates.  Feel free to use this blog as a resource and also to send in your press releases.  Dreamweaver Marketing Associates is a full service marketing company that specializes in online and digital branding.  Run exclusively by Joanne Quinn-Smith, aka TechnoGranny and specializing in organic search content, like blogs, video and audio podcasts and searchable social media.  For additional information you can contact the host of this blog, Joanne Quinn-Smith at 412-444-5197.Podcasts that come under the umbrella of Dreamweaver Marketing are PositivelyPittsburghLive, TheTechnoGrannyShow ,MondayMorningMarketeer